Despite being at the bleeding edge of electric bike development Harley-Davidson is still – often unfairly – considered a purveyor of low-tech machines. However, a new patent shows that it’s working on a new variable-valve-timing V-twin that’s likely to be used in a next-gen Sportster.

The motor in question sticks to some of Harley’s traditions. It’s air-cooled, with overhead valves operated by pushrods from two camshafts set in the block, to give a traditional look that won’t upset the purists. But it’s also going to use variable valve timing and a new four-valve-per-cylinder setup, along with a patented balancer system to help it achieve more revs and hence more power. 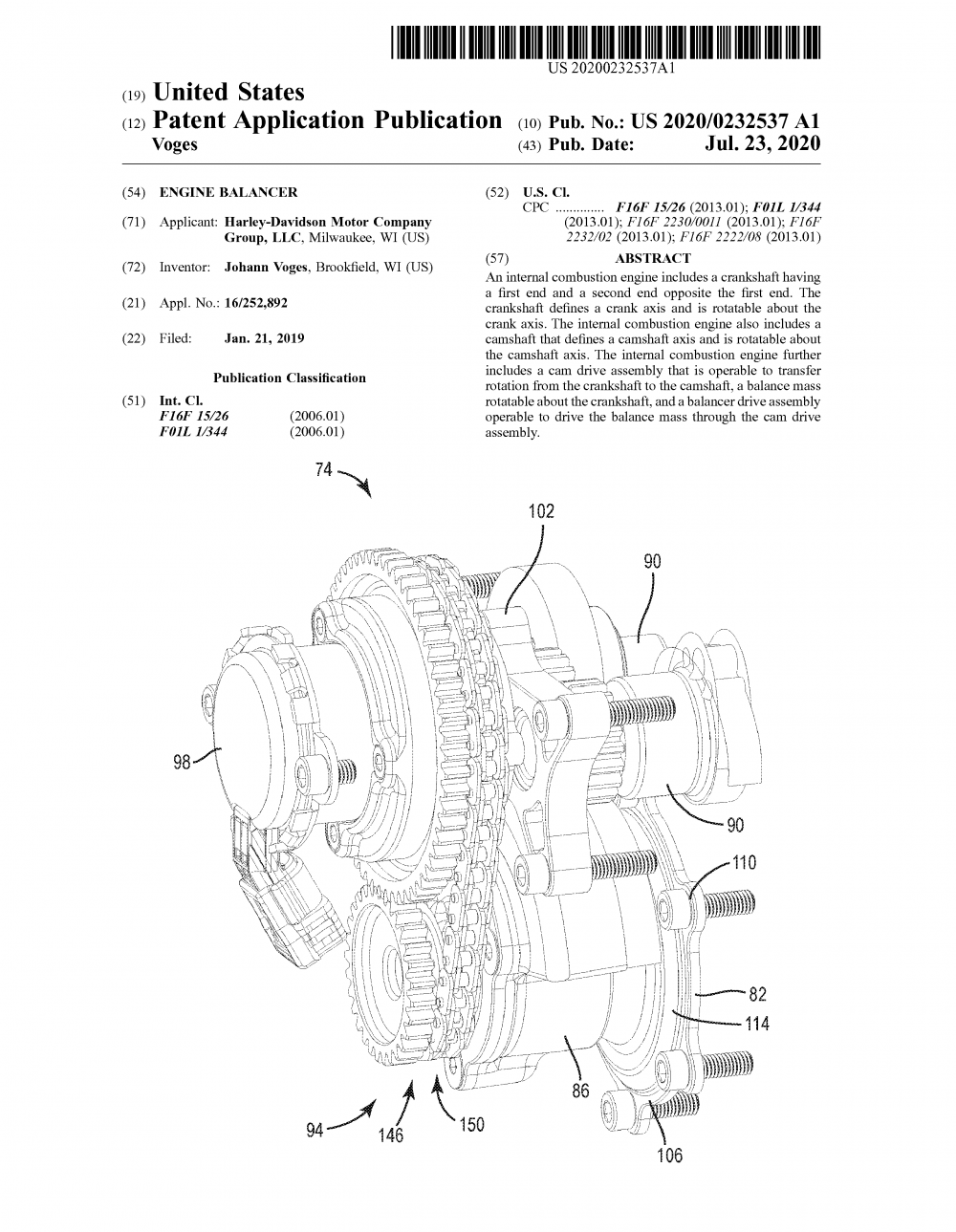 It’s the VVT setup that’s likely to attract the most attention, although it’s actually pretty simple. The new engine has twin camshafts, one for each cylinder, driven from the crankshaft via an intermediate gear that halves their speed. Unlike the old Harley Twin-Cam engine, the new design’s camshafts are the full width of the engine, with the inlet cam lobe and its pushrod on one side and the exhaust cam lobe and pushrod on the other. So instead of having four pushrod tubes running up the right hand side of the engine, as on current Sportsters, the Milwaukee Eight and the old Twin-Cam engines, there will be two on the left and two on the right. 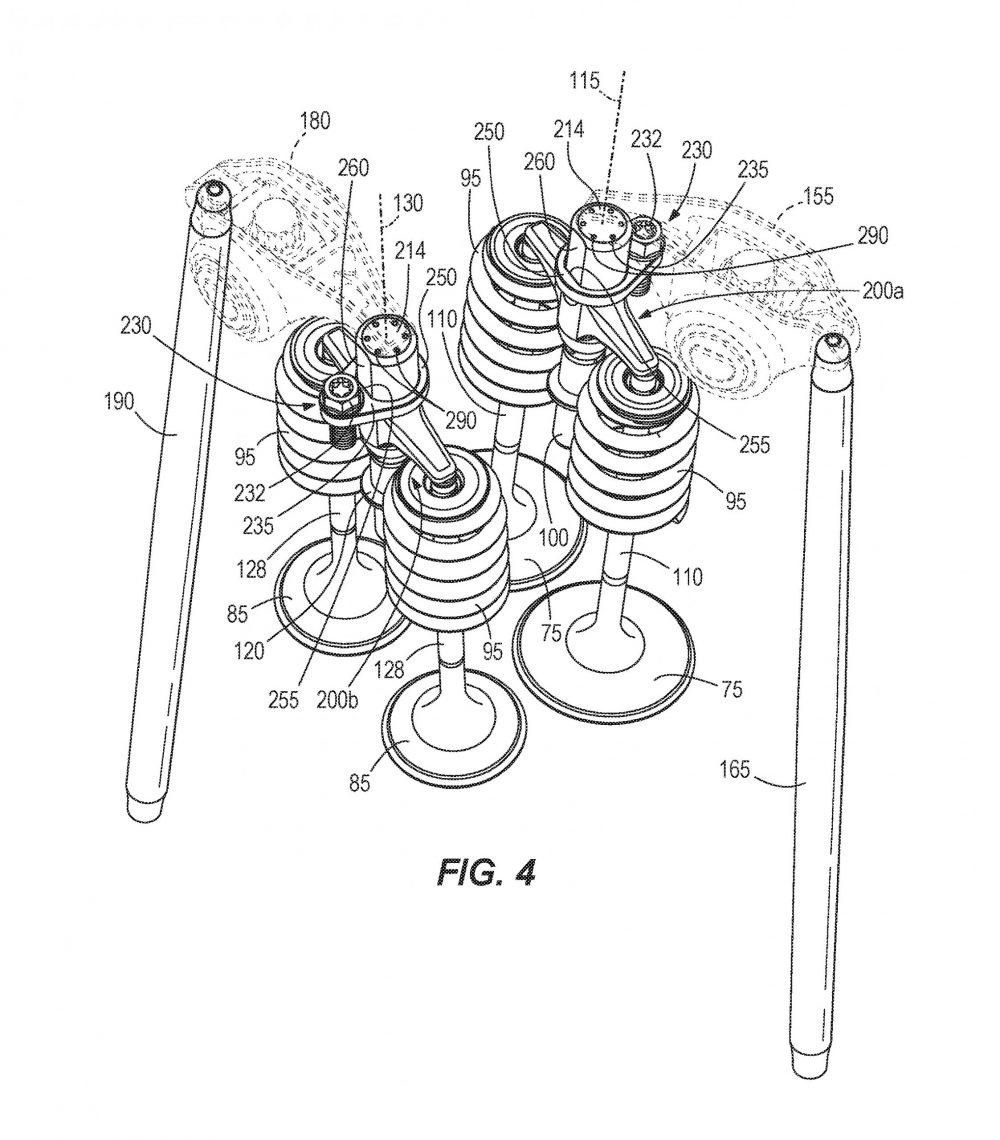 The variable valve timing comes from a variator that works much like those on other VVT bikes like Ducati’s DVT models and Kawasaki’s GTR. It uses oil pressure to rotate the output side by a few degrees in relation to the input side when a solenoid opens oil passages to the variator. Thanks to its cam-in-block design, the Harley engine only needs one variator, attached to the intermediate gear, to advance or retard all the valve timing, both intake and exhaust. Indian also patented a future V-twin with a similar layout last year. 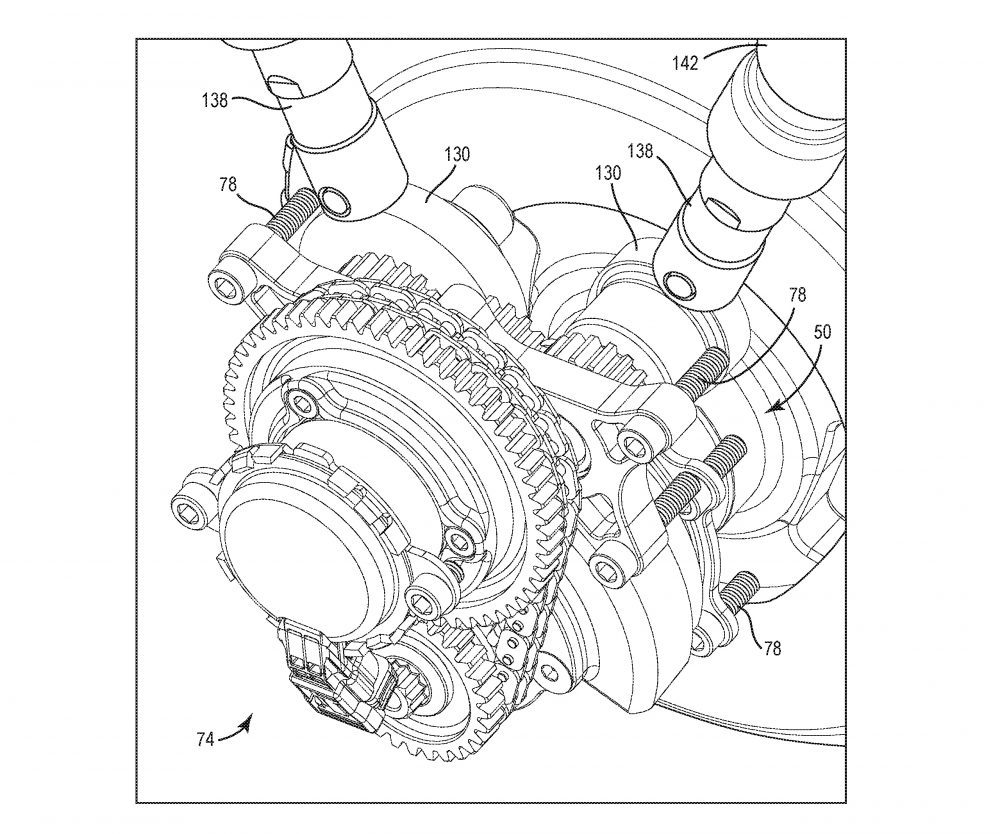 Harley’s patent doesn’t actually try to claim the system is unique. Instead it focusses on the engine’s balancer, which is designed to make for a smaller, lighter engine.

Instead of a separate balancer shaft, the engine uses a balance weight that’s mounted concentrically on the crankshaft, next to the gear that drives the camshaft. The balance weight is chain-driven from the cam drive intermediate gear so it spins in the opposite direction to the crankshaft, counteracting the vibrations that the crank introduces. 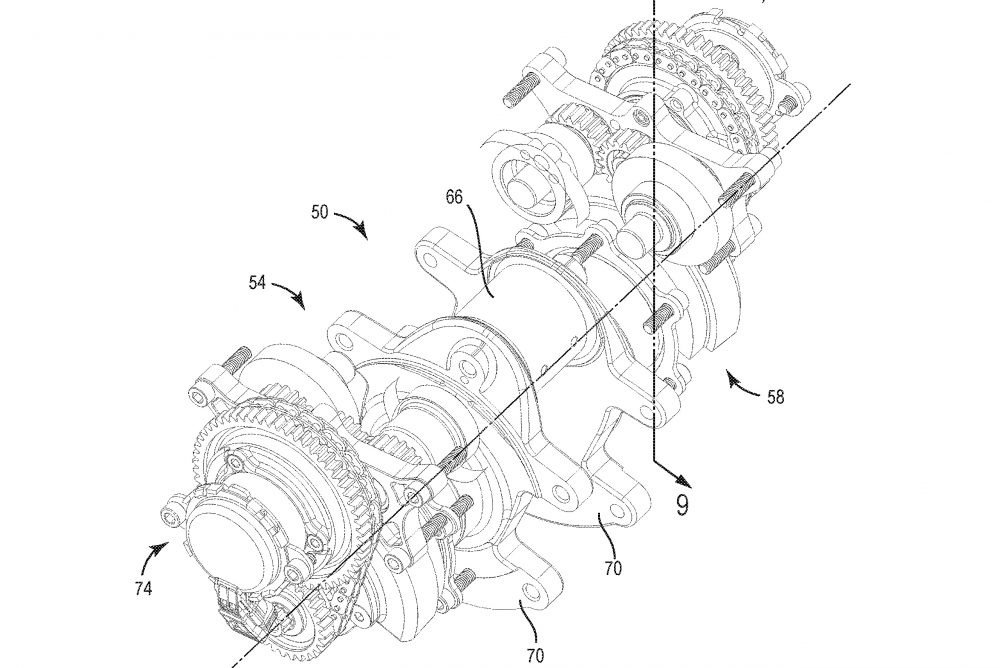 Although the patent doesn’t specifically say that the engine is destined for a Sportster, the current Sportster motor is the oldest in Harley’s line-up, dating back to 1986, while the firm’s larger air-cooled models only recently received the all-new Milwaukee-Eight V-twin. When it comes to emissions reductions, VVT is also likely to benefit a smaller, higher-revving engine more than a large-capacity, slower-revving one, so a replacement for the 883cc and 1200cc Sportster engines is the most likely target for the new design, even though the patent itself shows the outline of a Fat Bob in its drawings. 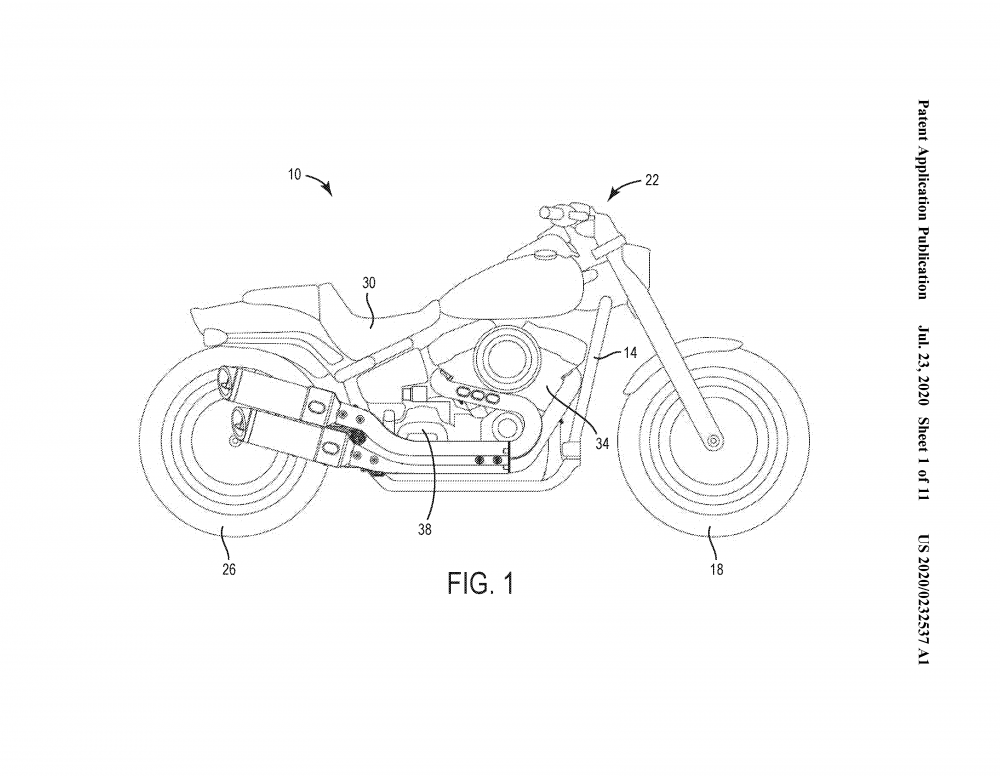 With the new engine, we’re also likely to see a wholesale redesign for the Sportster chassis – the first since 2004 – and a reshuffle of the range. 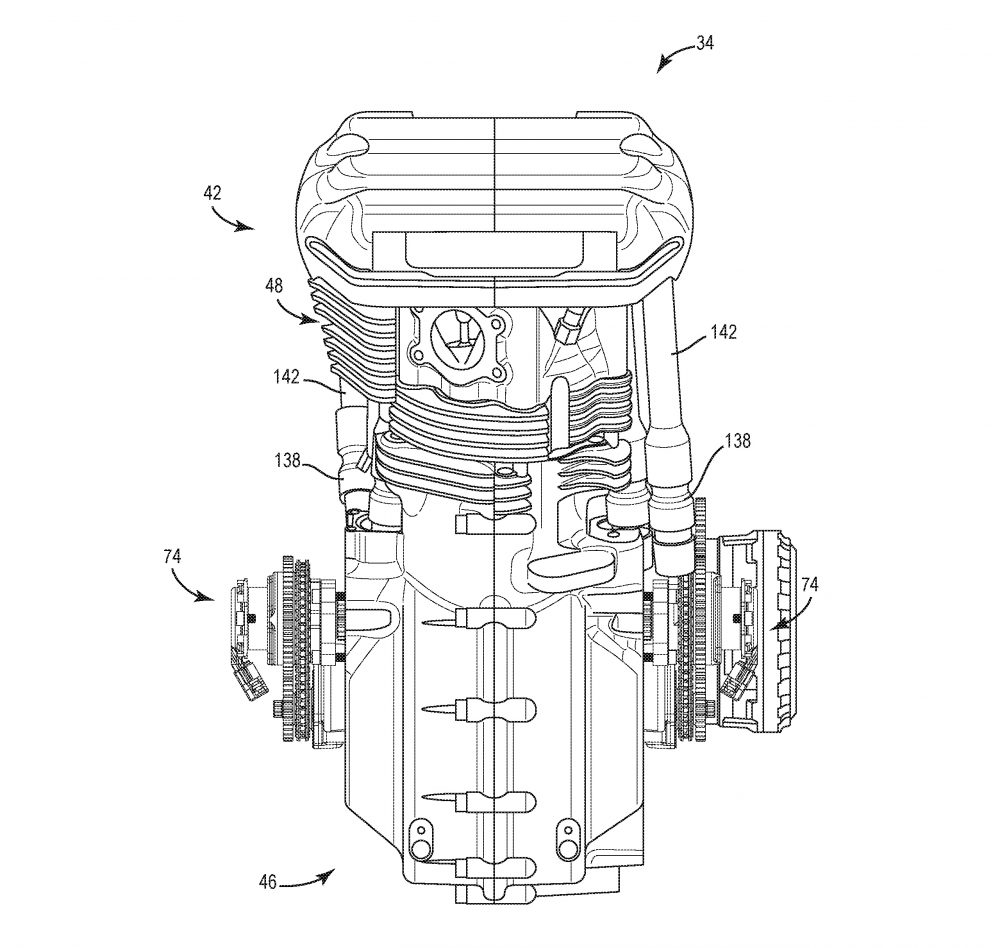 Straight from the track of Misano, we bring you the first moving images of Ducati's new V4 Superbike. Subscribe to our channel for the latest motorcycle news and tests.