Eddie Lawson became the first rider to win back-to-back 500cc world titles on different bikes. Now, 30 years on, his engineer Erv Kanemoto reveals how the archived it and why it was pivotal for today’s technology.

Premier-class Grand Prix bikes were never nastier than in the 1980s – two-stroke power was pushing them towards 320km/h, overpowering tyres, frames and suspension. Honda’s NSR500 was the nastiest of the nasty. The single-crank V4 had a precipitous power curve that was too much for any chassis, let alone the strange things HRC created at the time. HRC tried to tame the NSR with weird geometry, frame rigidities and centres of gravity, none of which worked. The bikes were fast – quick enough to take Freddie Spencer and Wayne Gardner to the 1985 and 1987 titles – but they were hellish to ride and not getting any better. Thus when Eddie Lawson quit Giacomo Agostini’s Marlboro Yamaha team to join Erv Kanemoto’s Rothmans Honda team for 1989, most of the paddock thought the Californian had lost his mind.

Lawson’s first few outings on the 1989 NSR suggested they were right. The 1984, 1986 and 1988 world champion broke a wrist in preseason testing, then had another big crash at the second race. After two rounds he was behind Wayne Rainey (Lucky Strike Yamaha) and Gardner on points, his title hopes slipping away. But Lawson and pit-lane guru Kanemoto were about to stumble on the solution to their problems. “Right from the beginning, Eddie’s comments were that the bike doesn’t turn,” says Kanemoto, who had already won two 500cc titles with Spencer. “It wasn’t until the third race at Laguna Seca that I was able to relate what he was saying and what was happening.

“I walked down to the last corner [Turn 11], thinking maybe I could see why this thing isn’t turning well. I saw Eddie coming into the Turn 10 right-hander and I couldn’t believe it: when he turned in the bike wanted to go into the dirt on the inside, so he lifted the bike up, then when he turned in again he was way wide!

“I said to Toshi [Yamamoto, Kanemoto’s HRC engineer], it’s unbelievable, the bike is turning too quick! This was last practice on Saturday, so I said, get all the data from when we started testing, we’re going to look at it and then we’re going to make a change. I said, this is what we should do, we’ll slow down the steering, but we better just go halfway because it’s such an extreme change from what we’ve been running.

“The next morning Eddie came back into the pits during warm-up and I thought, what are we going to do now, because we’ve probably gone the wrong way and made the bike even worse. Eddie stopped in pit lane and said, this is the first time it feels like a motorcycle.” 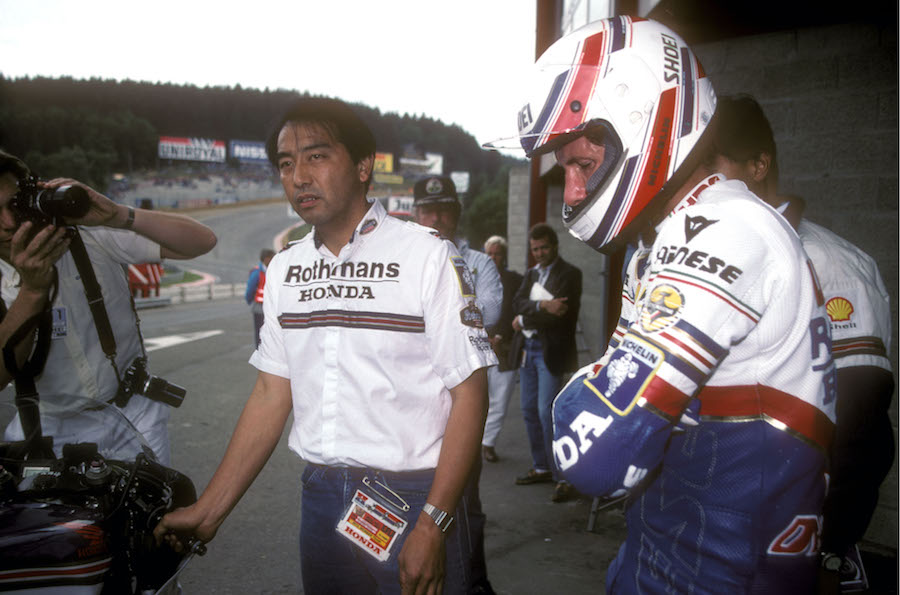 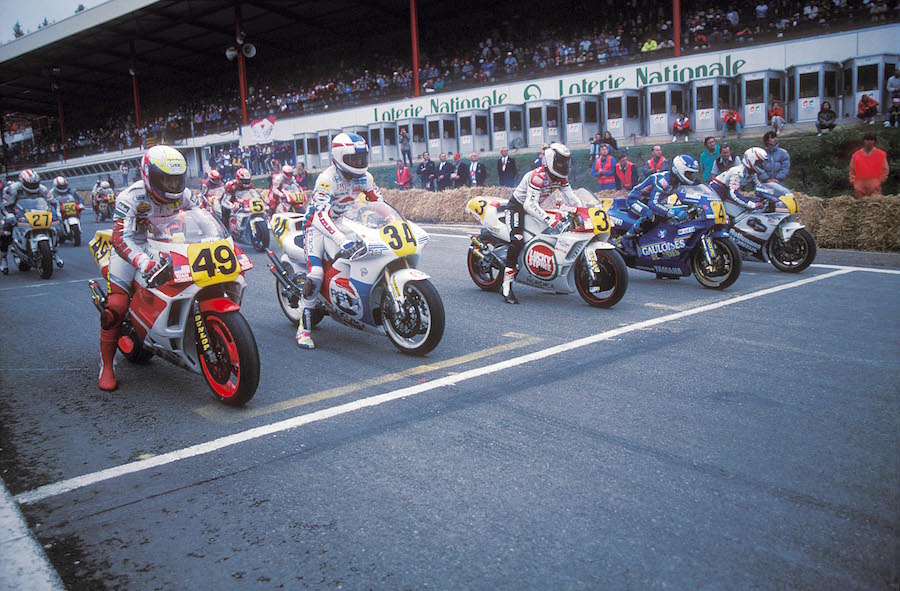 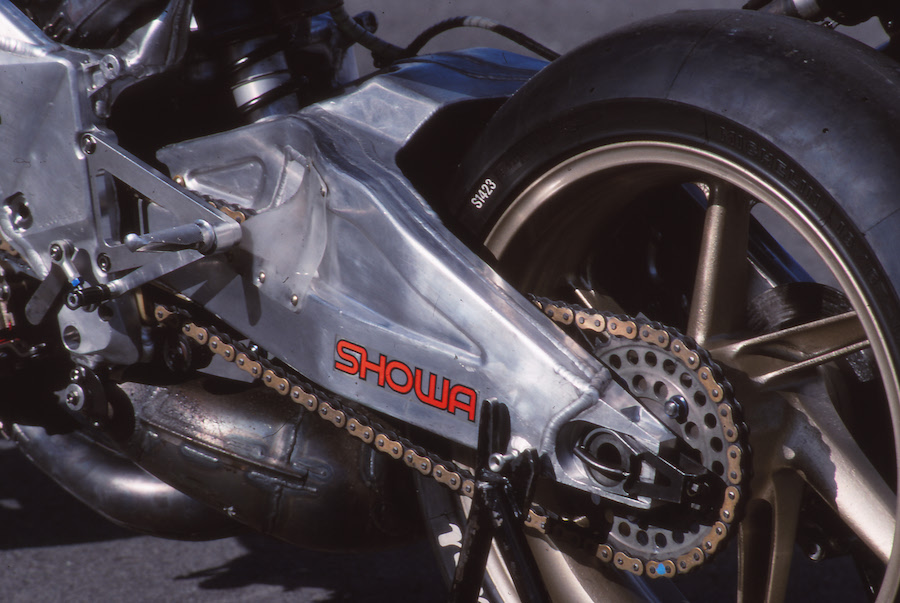 Next time out at Jerez, Lawson won his first race on the NSR, narrowing the points gap to Rainey. Then new parts started arriving from HRC and elsewhere at an astonishing rate, mostly chassis parts: frames, swingarms, carbon-fibre handlebars and carbon-fibre wheels, plus AP Lockheed carbon brakes and Showa upside-down forks, both radical new tech at the time.

During 1988 HRC had reduced frame rigidity to improve grip and cornering performance, but they’d gone too far. At Jerez a revised frame arrived with extra bracing and a crossbar between the main spars, which had been removed in 1988. Also new were stiffer Showa upside-down forks.

But the bike still wasn’t right, so Rainey beat Lawson at three of the next four races, his Dunlop-equipped Yamaha YZR500 easier to take to the limit than Lawson’s Michelin-shod NSR.

Kanemoto remembers at least seven chassis during the 15-race season; so a new chassis every two races.

“We were trying to find a direction, just gathering more data, trying to make the bike more rigid, because a lot of the problem was that the bike wasn’t reacting quick enough to Eddie’s inputs,” he explains. “It was already understood that you could make the bike work better on its side by reducing the stiffness, but reducing rigidity in all directions makes the bike slow to react, so some of the frame stiffening did work. 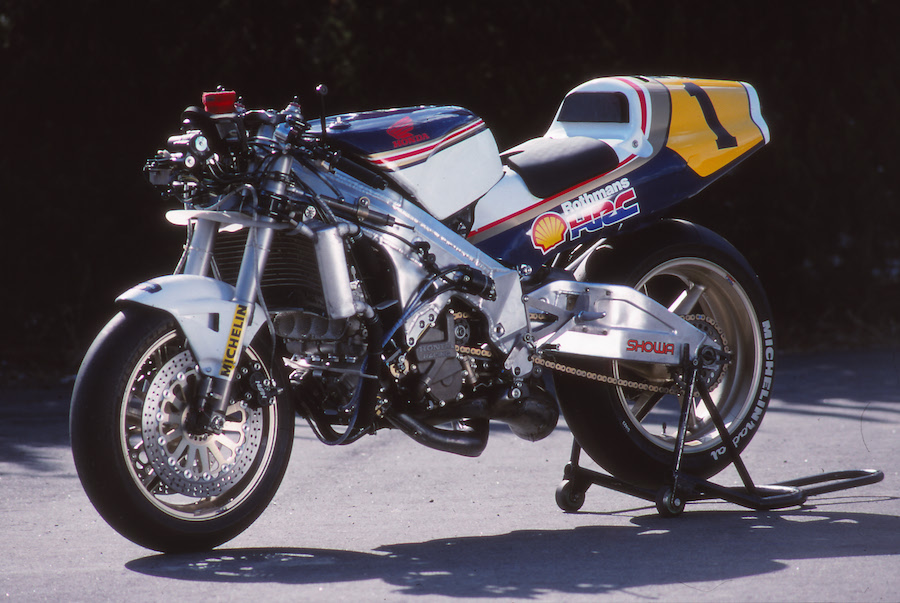 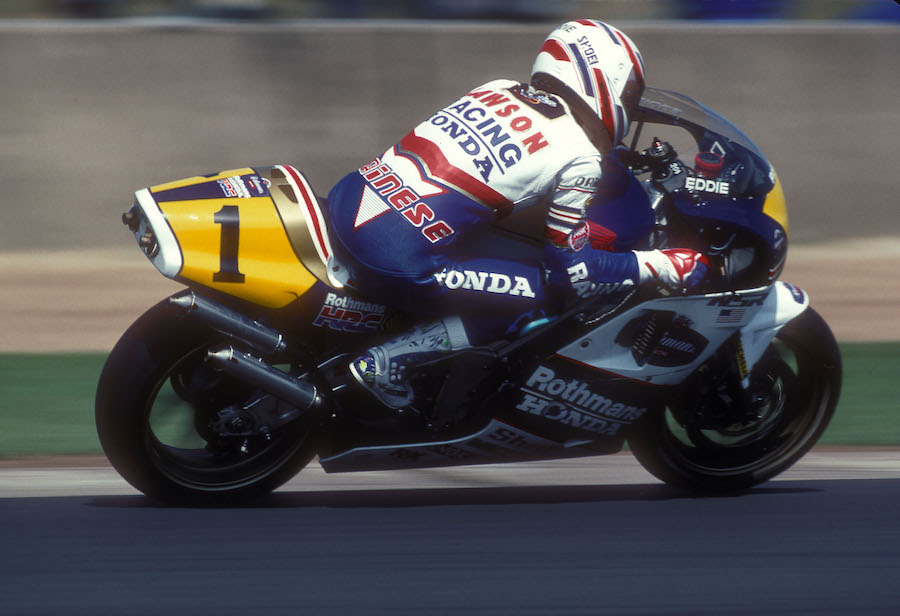 Read the full story in AMCN Magazine Vol 68 No 18