The 2016 staging of the Australian Long Track Masters meeting at the Bathurst Showground on 12 November produced same familiar names in the winners’ circle after a big program of exciting racing.

Queensland teenager Jarred Brook repeated his three class wins of last year – the Pro 250, Pro 450 and Pro Open classes – none more exciting than a thrilling two-bike war to edge out Luke Richards in the final of the Pro 450.

Damien Koppe, Ben Cook and Mackenzie Childs, the latter in his first-ever meeting as a senior, were others to stand out.

The Grabham clan were, as ever, prominent with Ben Grabham showing his versatility placing third in the Pro Open final, and being unbeaten in the heats and then winning the final of both the Unlimited 2-stroke and Over 35s class.

The other rider to record two class wins was Corey Banks, who won the dirt track sidecars with Tom Banks as passenger and then took out the Evolution MX final. In the traditional long track classes Todd Kurtz beat impressive teenager Jake Schneiders and Kieran Sproule in the sliders, while the consistency of Shane Hudson / Eli Wright and Stephen Sanders / Clarissa Saunders saw them finish 1-2 in the track sidecars after Darrin Treloar / Blake Cox were filled in badly and withdrew in the first round before winning the next three rounds. 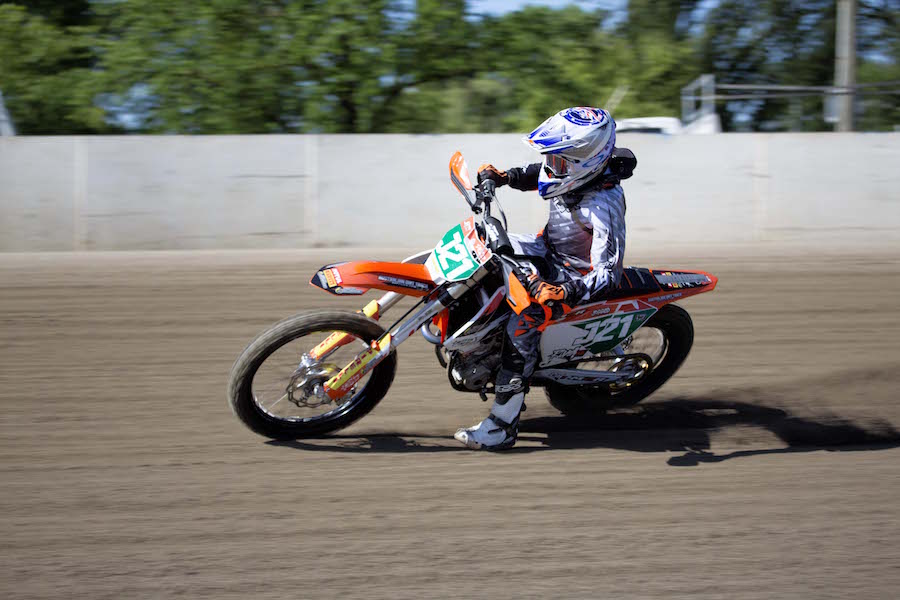 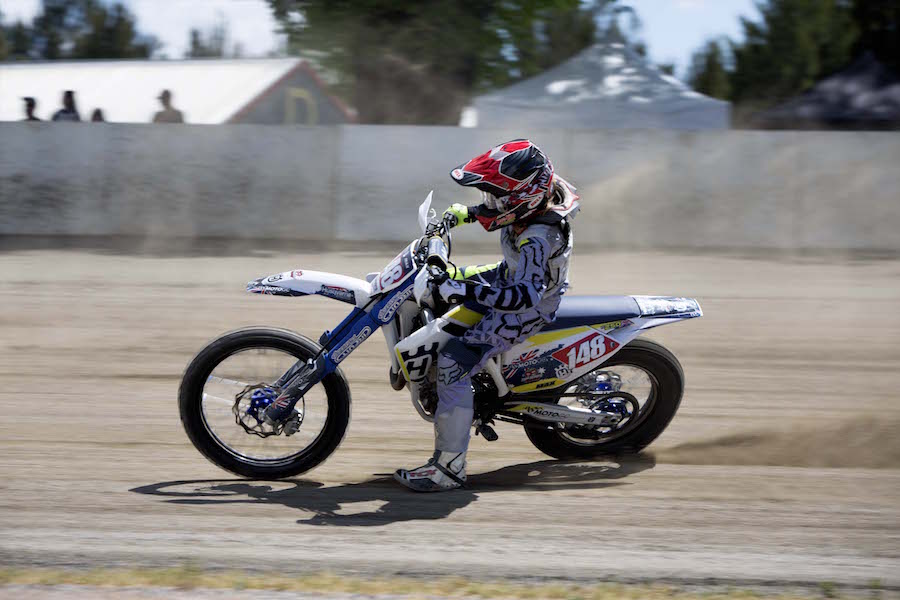 What’s in a name?

This annual Panorama Motorcycle Club promotion was going to be the 2016 Australian Track Championships – for a few weeks at least.

After the club opened entries for the “Long Track Masters”, with a cap on entries for some classes, MA asked the club to take on the Australian Championship, for six classes only as part of the Masters meeting.

That was subsequently overturned “as a result of the inability to fulfill the integrity and legacy of what is an Australian Championship is, due to the oversubscription of entries, therefore not all championship contenders could enter the event”, according to MA

Championship meeting or not, this Bathurst Showground meeting is a must-do for many fans, and riders – the furthest travelled came from Townsville, while many were having their only open track meeting of the year.

The meeting has changed from its early days when the slider machines were the main focus, this year saw six heats per round for both the Pro Open and Pro 450 classes which provided top-shelf action and showcased the great, mainly young, talent in the dirt track ranks.

It all certainly lived up to the club’s slogan for recent years – “It’s a beautiful noise.”