Carlo Ubbiali was a nine-time world champion and a class act. His passing on 2 June 2020 at age 90 from respiratory insufficiency ends the last rider link to inaugural world championships in 1949.

Ubbiali won the world 125 championship six times and took three 250 crowns, winning 39 classics from 71 starts, including five Isle of Man TTs on both the Clypse and Mountain circuits.

This against the likes of Tarquinio Provini, Cecil Sandford, Luigi Taveri and NSU riders Werner Hass and H-P Muller, and in an era when there might be as few as six Grands Prix in a season.

Only three Italian riders have won more GPs – Giacomo Agostini, Valentino Rossi and Max Biaggi. Only Agostini has won more titles. Ubbiali and Agostini were both from Bergamo, and Ubbiali was a young Agostini’s idol.

Born on 22 September 1929, Ubbiali began competing in 1947 and won a gold medal in the 1949 International Six-Day Trial. His world title debut was in the 1949 Swiss 125 GP at Berne, finishing fourth on a two-stroke MV Agusta.

In 1950, Ubbiali switched to a four-stroke Mondial single, recording his first GP victory in Northern Ireland and securing his first crown in 1951.

From 1953 until he retired at the end of 1960 he was an MV man, becoming Count Agusta’s first-choice rider in the smaller-capacity classes. The team divided its riding staff by height and weight into 125/250 and 350/500 pilots, with John Surtees the undisputed top-dog on the four-cylinder machines from 1956. 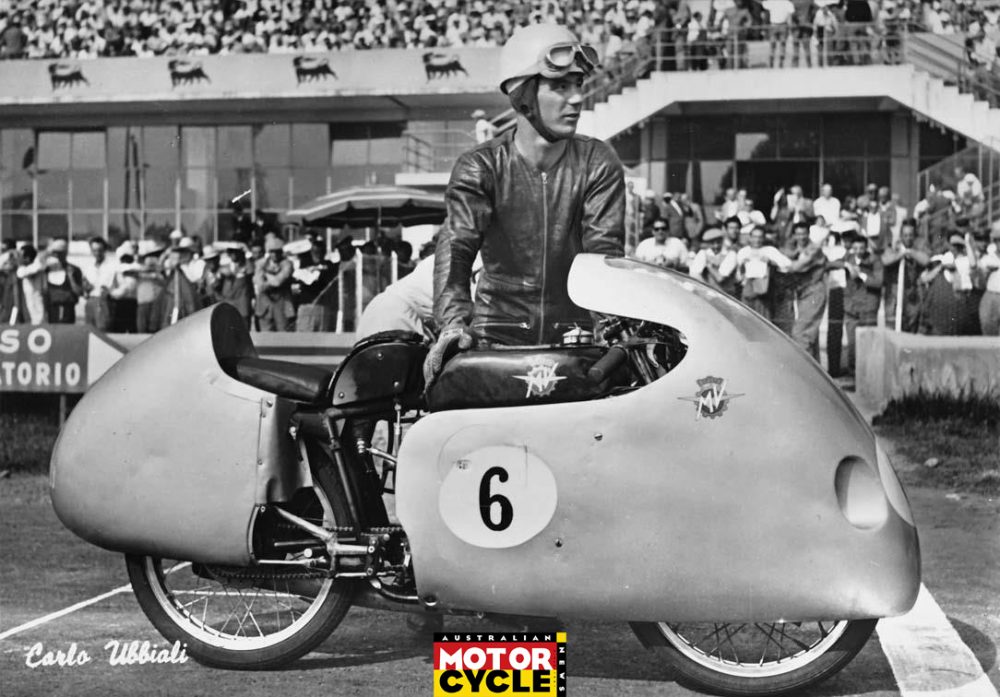 Ubbiali’s last GP at Monza in 1960 produced a double victory. In fact he was never off the GP podium that season, winning eight of 11 starts.

A year earlier, in 1959, he won the West German 250 GP at Hockenheim with a fastest lap at 183.93km/h. That is quick. No MotoGP rider has lapped Phillip Island faster.

The Monza swansong came days before Ubbiali’s 31st birthday. He had just lost his brother Maurizio. Count Agusta was about to cut back in his racing effort. There was growing opposition to the MV 125 single and 250 twin from Honda’s 125-twin and 250-four, as well as MZ’s two-stroke singles.

Ubbiali the racer was a study in professionalism. He was never flashy, kept his own counsel and did not have one major crash in a decade when circuit safety was an oxymoron. As Loris Capirossi observed in a video tribute, “it was not easy to race and win in those times, because many times the race track was in the middle of the city. A great champion and very brave.”

The MotoGP website tribute said: “Ubbiali would conceivably have added even more titles to his list of achievements were it not for the MV team division of riders into small and large-machine specialists. 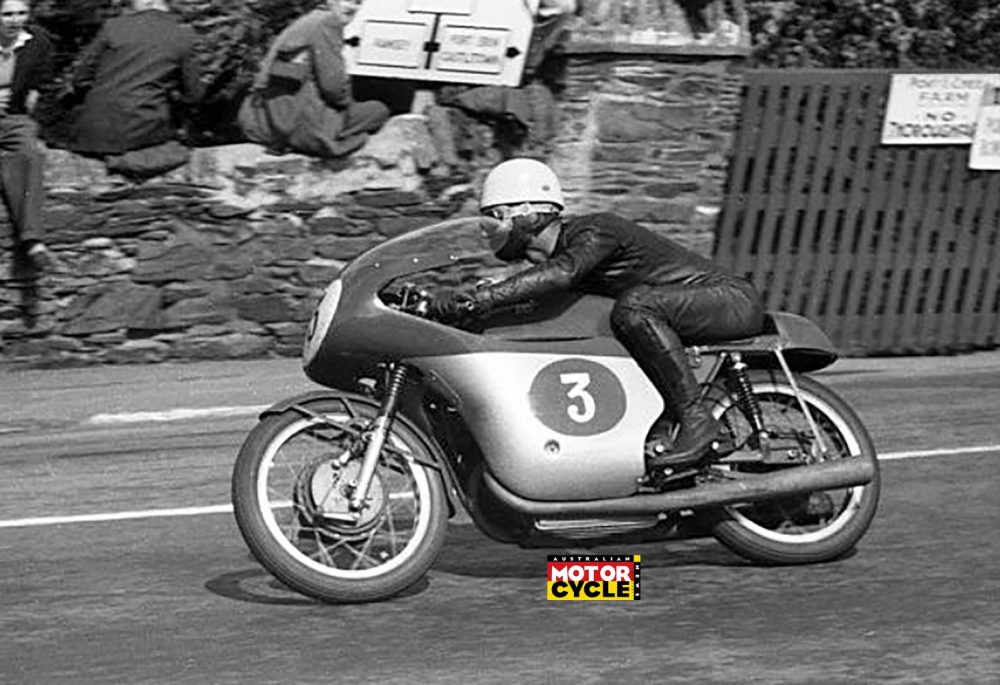 “However, he never questioned that policy from his team and retired without knowing whether he could have been a premier-class world champion.

“Ubbiali had a disciplined, effective and unflustered riding style which prevented him from suffering a single serious crash in his career. He left the sport at the age of 31, still at the full height of his powers and remains one of the most decorated names in the history of the world championship.”

He was nicknamed ‘The Fox’ for good reason, often luring rivals into a race-long duel and then doing them cold with a decisive move on the last lap. The author of one book on MV Agusta described these battles as excruciating. They probably were for the loser.

Post-career, Ubbiali was easily recognised in the GP paddock, his face weathered from decades of riding in an open-faced helmet and goggles. His air of humility was in contrast to some modern day small-bore riders.

At the massive 1998 Assen Centennial Classic, he rode at age 68 and was one of the most feted of all riders present.

One last observation. In 2012 the entry-level GP class was switched from 125 two-strokes to Moto3 single-cylinder 250 four-strokes. No one at Dorna seemed to twig that Carlo Ubbiali rode such machines with aplomb and to name a trophy after him. 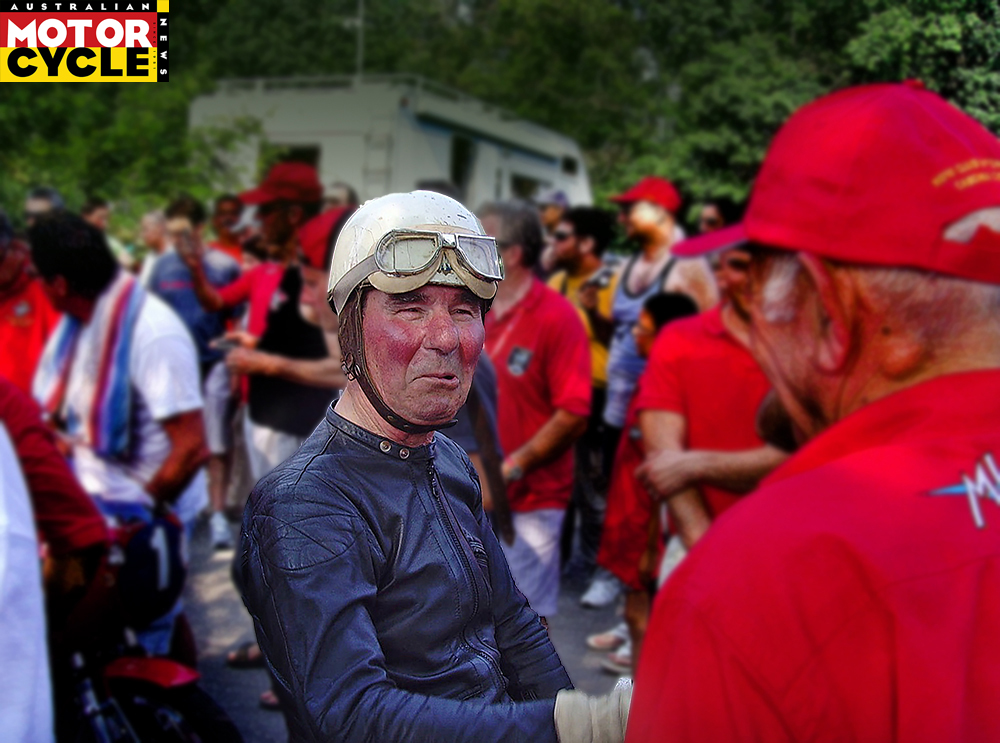