The Dakar, once again, produced a day of many reshuffles in the order compared to yesterday’s stage. The riders who finished behind in yesterday’s stage were expected to pounce in an effort to claw back time, which is precisely what they did, on track conditions which proved very conducive to gaining lost time. Riders made a start from Bisha in cool temperatures before heading out onto the 135-kilometre liaison section which led to the starting point of the special stage. At the start of the 457-kilometre special, competitors faced low dunes and fast, open track, with the advantage always favouring the pursuers, proving to be a great handicap for the front-runners eager to fend them off. Later on, the stage hit level two and three type dunes, before ending on narrow stony areas and dried-out river beds. Finally – some 96 kilometres of link stage later – the riders found themselves back at the Wadi Al-Dawasir bivouac, which will be home-base for the coming two days. 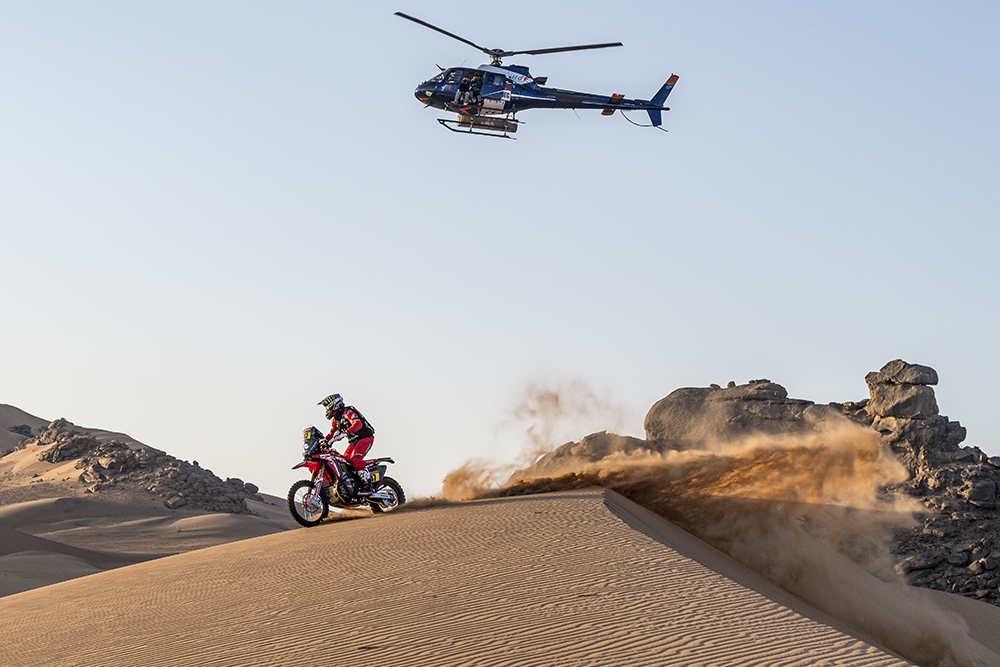 Joan Barreda was the man to beat, claiming victory in the stage and clinching the overall race leadership. But these two feats weren’t the only thing Joan was celebrating.  With today’s race, the Monster Energy Honda Team rider from Castellón takes his Dakar Rally stage victory tally to 25, the fourth best rider in the Dakar role of honour. Joan held a six-and-a-half minute margin over the day’s runner-up, team-mate Ricky Brabec. 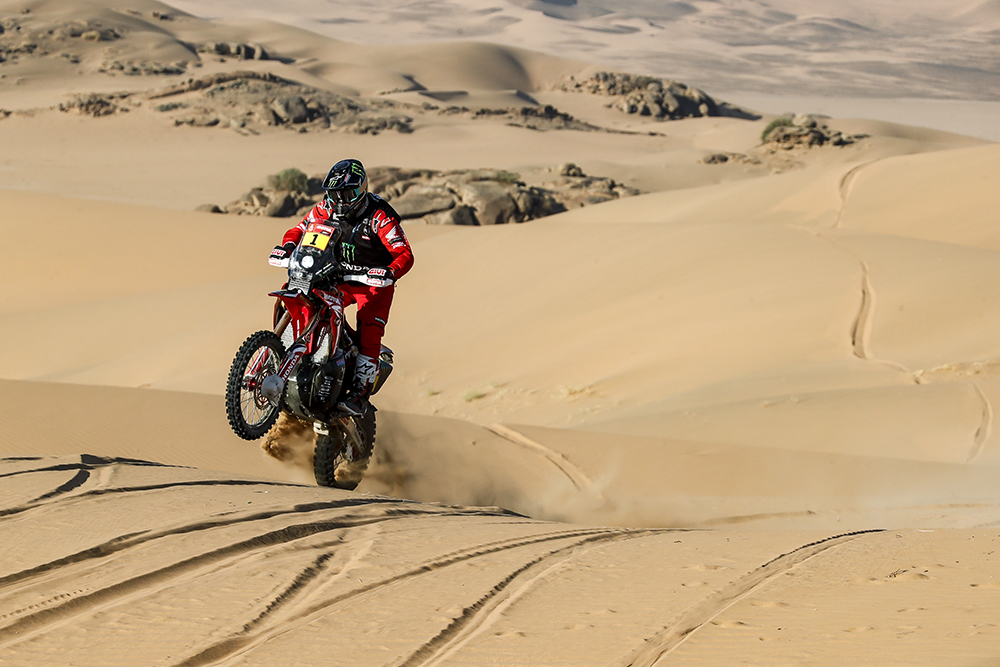 The American got off to a strong start today – as did Joan – and was able to make up for the time dropped yesterday. Brabec accomplished his mission and now lies in second place overall, although he is well-aware that the Dakar has barely begun and a lot is in store before the great challenge finally draws to a conclusion. 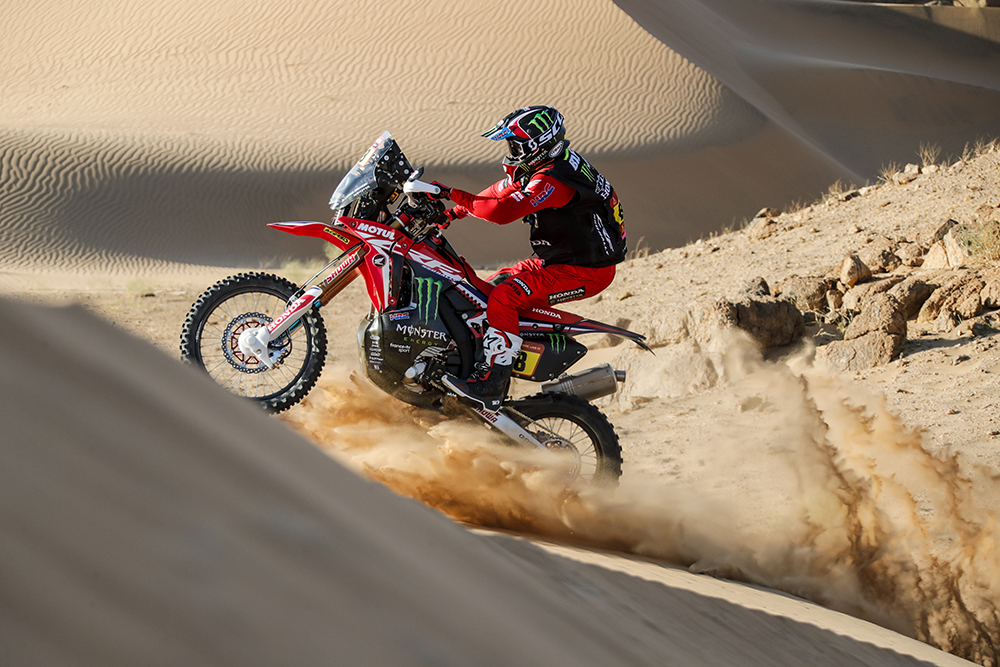 Today’s starting position did not bode well for Kevin Benavides and it looked highly-likely that his adversaries would be able to chase him down and whittle away some of the gap from the Argentinean Monster Energy Honda Team rider. In the end, Kevin posted 24th, which will leave him starting tomorrow’s stage from further back with a chance to make up time. Kevin holds thirteenth in the general standings. 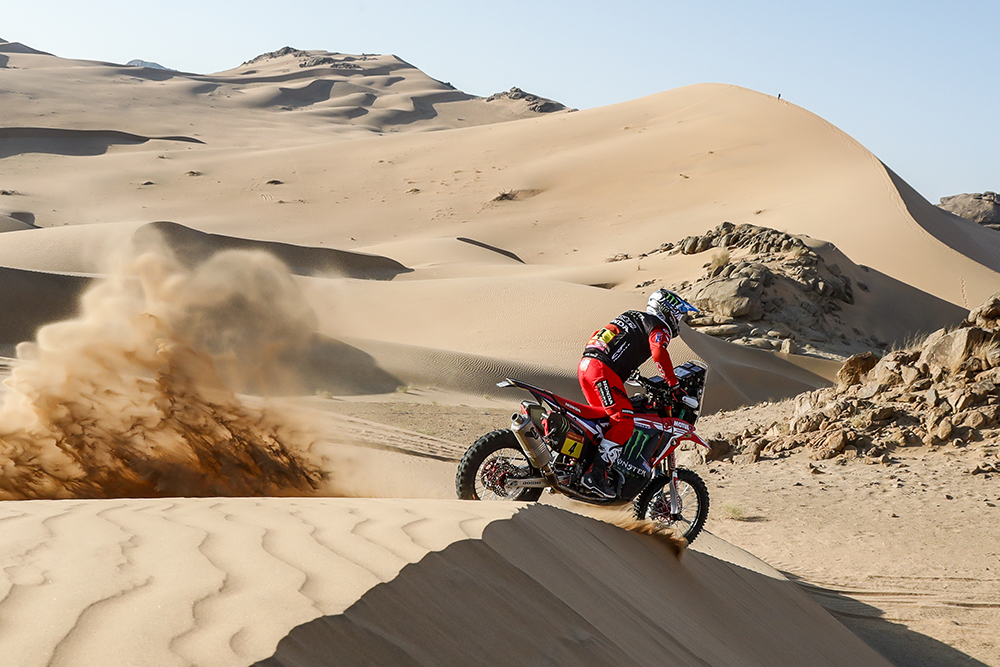 After some issues in the previous stages, today’s stage proved to be a good one for José Ignacio Cornejo. Despite a slight navigation error at the start of the special, the Chilean managed to set good pace on the kind of terrain that favours his riding style and was able to post a fifth-place finish, close to the leading riders. ‘Nacho’ now holds eleventh overall some twelve minutes adrift of the new leader. 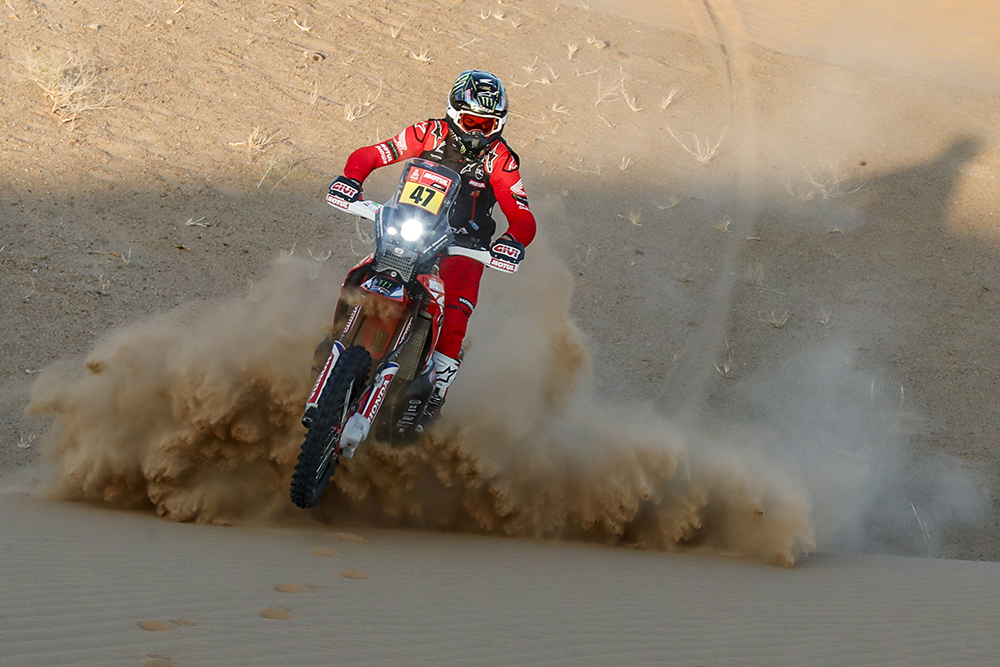 Tomorrow sees the first looping stage of this Dakar 2021, held between Wadi Al-Dawasir – Wadi Al-Dawasir, with 403 kilometres against the clock, plus a 226 km liaison section, making up a total stage of 629 kilometres for the one hundred or so riders taking part. 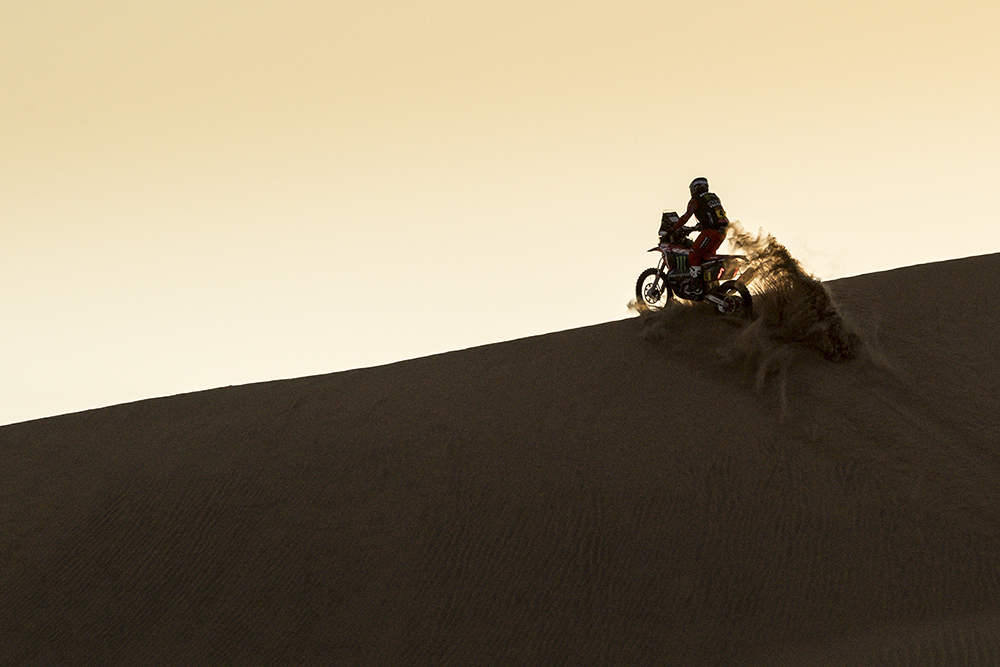 It was a very good stage. We were forced to attack from the very first kilometre until the end and the truth is that it went well. But this is only the second stage of the Dakar and we know that tomorrow it will be difficult starting from the front once again. You have to stay calm, try not to make any mistakes and take it stage by stage. 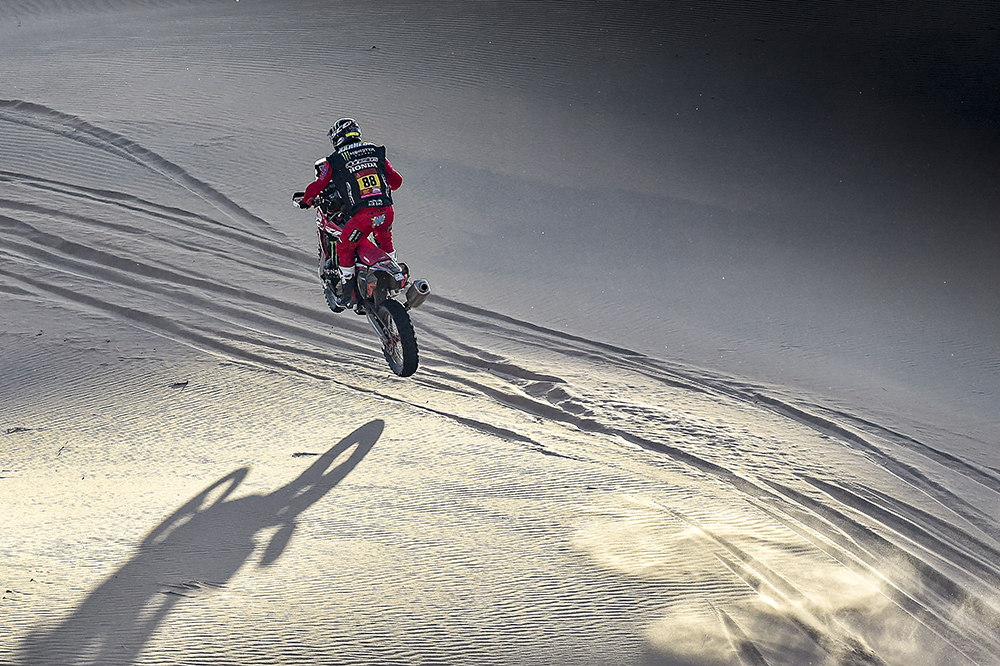