THE ABC OF RALLY

Ever wondered what the symbols mean on a rally racer’s roadbook?

Despite appearances, there is a certain logic to FIM Rally Raid roadbooks, even though they are written in French. For almost all of us, the instructions are academic, something of concern only to riders such as Toby Price and Daniel Sanders. However, here are some basic pointers for when you’ve mastered the Condo 750 or the Sunraysia Safari. 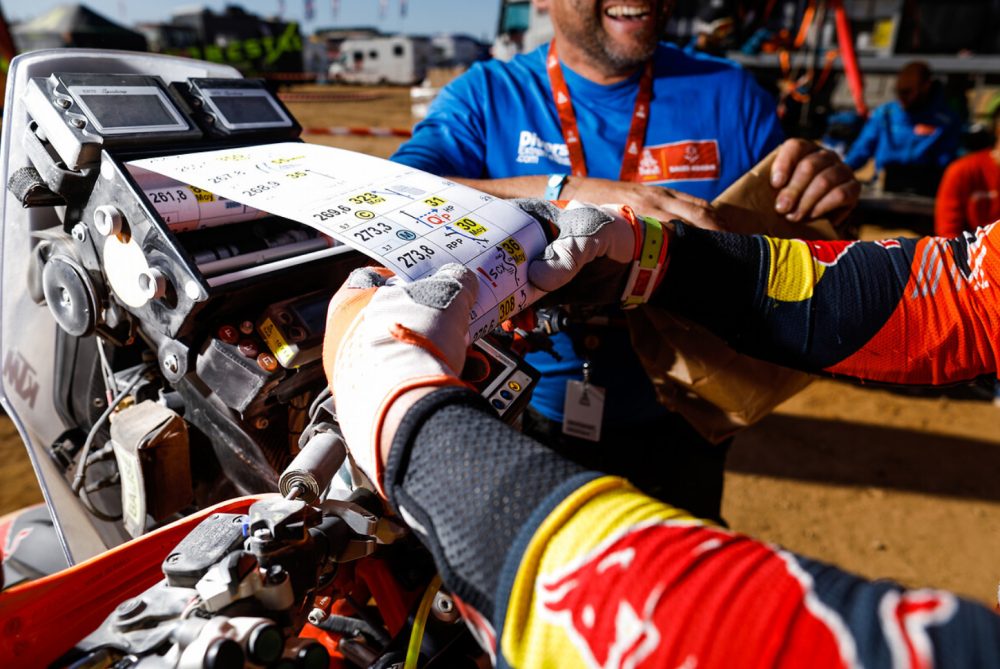 The dictionary of 23 acronyms and abbreviations in the world rally raid and Dakar lexicon, from which the roadbooks are compiled, start with the simplest such as AD, meaning a droite, or ‘on the right’ in English. In the same vein, AG means a gauche or, ‘on the left’. Then there’s  TJS for toujours, which means ‘always’. Strange that there is no abbreviation for, turn back you’re going the wrong way, something a lot of riders seemed to be doing in the 2022 Dakar. 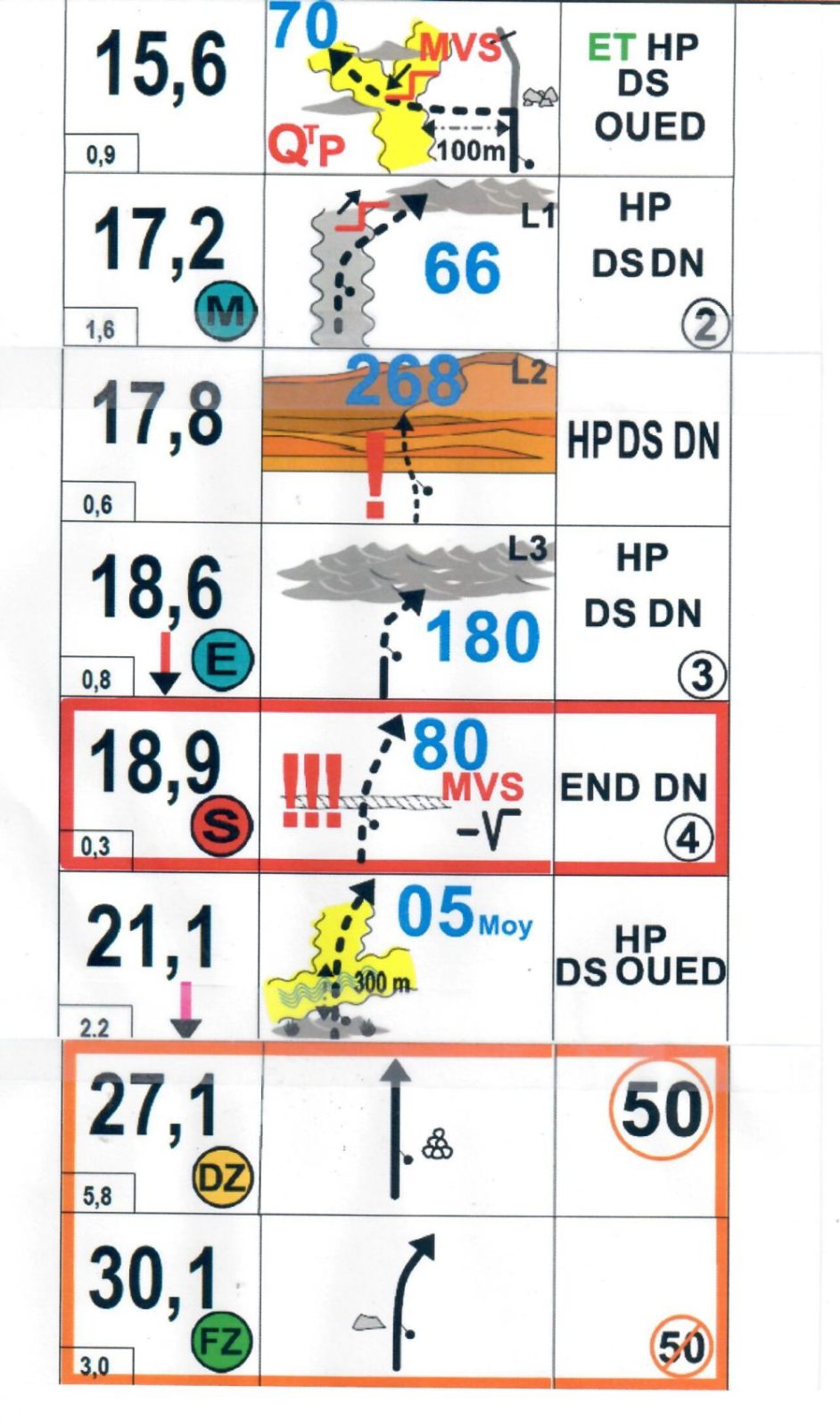 There are another dozen abbreviations to describe the tracks; RO for ‘road’ and HP for ‘off-road’, GV for ‘gravel’ and SA for ‘sand’ though by the time you have interpreted MVS ORN you may be in strife, having already hit the ‘bad rut’. 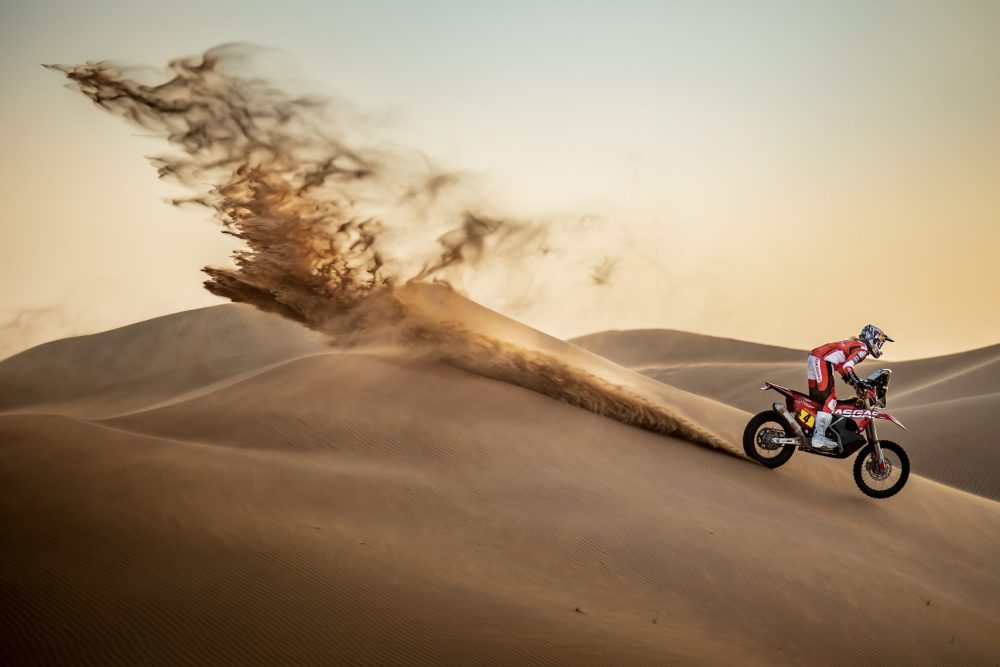 In addition to the obvious diagrams for dips, ditches, bumps and compressions, today’s roadbook contains more than 50 pictographs depicting the scenery. Grass, tall grass, camel grass, shrubs, trees and palm trees; plus the abbreviation VG for any vegetation not pictured.

As you’d expect, there are several pictographs of sand dunes, plus the abbreviation; DN for ‘dune’. Like ski runs, the dunes are graded by level of difficulty L1, L2, and L3. It appears there are no learners slopes, though DNT describes a ‘dunette’ – seriously. The levels of danger, regardless of the terrain, are designated as !: be wary, !! signals to take great care, while !!! suggests walking’s an option. 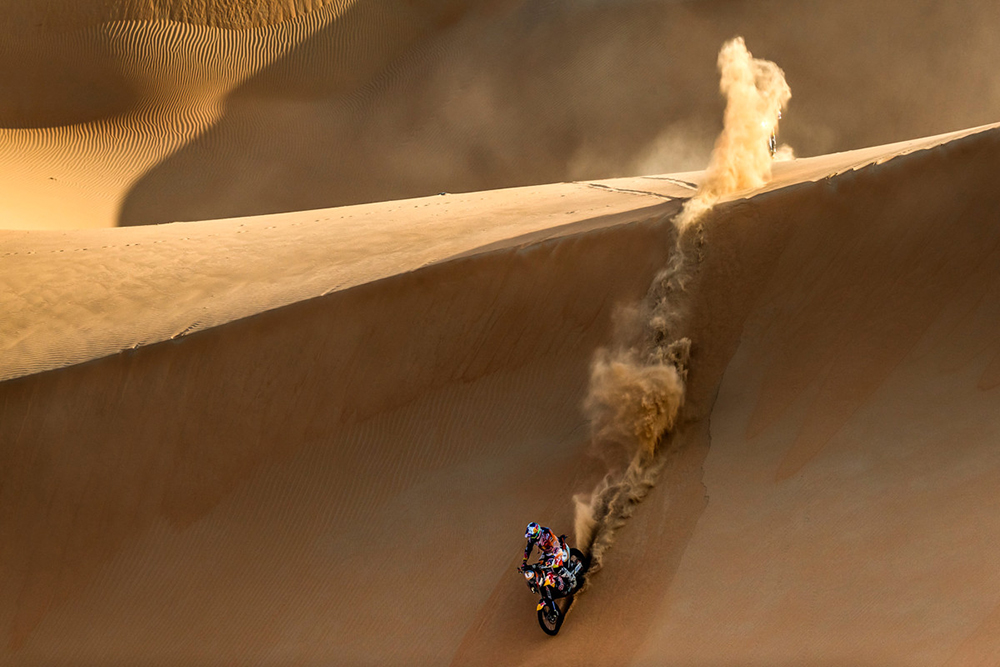 The following diagram instructs that at 343km into the stage, the competitor – who because of the broken blue line is off-road – must take a steep drop (!! double danger), cross the dry riverbed and, 90 metres after the drop, turn right on an average heading of 200 degrees south south west. After which ET follows a P, or piste. A gravel track.

Just 1500m later at the 344.5km mark, the competitor should ignore the track to the left and, very shortly after, veer left at the fork on an average heading of 165 degrees south south east. After that, there are parallel tracks (NBX many P//). 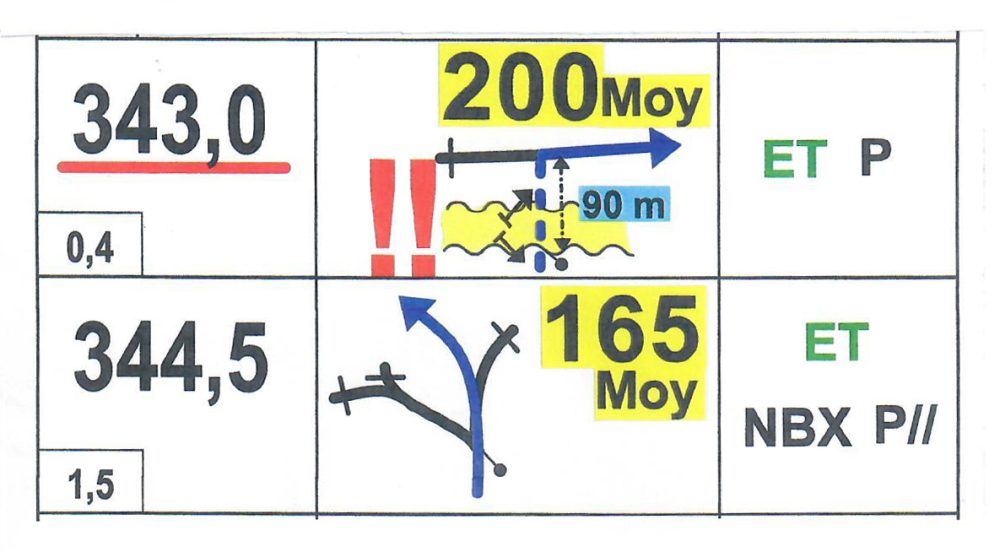 There will be more than 100 motorcycles on display in the Grand Prix paddock, and featured in the Shannon’s Parades at this year’s