My highlight for 2015 was when I flew out to Slovakia to represent Australia in the ISDE. I surprised myself, and a lot of others there by finishing in 4th outright and 1st E3 class and the junior team to win gold. I’m really happy with the result and it’ll be a very hard to top in my career at only 21. Sometimes I still have to go look at the trophies to see that it really happened but looking back at all the hard work I’ve put in I know I’ve deserve it!

Running around in Europe that month really ran me down and I actually didn’t have a weekend free from June right till December. I was pretty drained after the trip and then returned home to have my 21st Birthday Party before heading over to Tassie for Australian 4 Day Enduro a few days later. It was a pretty rough night and a week of recovering (!!) but the A4DE went really well so I guess I must be doing something right. The race took place in a sensational area and to finish 3rd outright behind Milner and Phillips was great and proves that I’m getting closer and closer to the top of the field. Its awesome that we have such a wealth of high-class riders in Australia because it makes it easy to see what your pace is like on the world level. If your beating the best here there’s no doubt could be mixing it with the best riders on the world stage. Wildwood was my last event for the year and seeing as I finished 3rd in 2014 I knew what I had to do to win. KTM Enduro team had set up and bullet proof bike the exact same as the A4DE just with more heavy duty protection. It was 3hrs of extreme pain, and getting the win was definitely not easy, but the prize money makes it worth it for sure.

The very next day I was straight at the hospital to go under the knife for surgery on a ligament in my thumb that had been giving me trouble all year. It was so bad toward the end that I couldn’t grip the handle bar at all.  The four-week break was good, and I made the most of it by partying and running amuck with mates because I don’t get many chances to do it during the season. I was enjoying bulk amounts of KFC too which was a nice change from the strict diet I have planned for coming year. During the time off I was chasing around my personal sponsors for next year and setting goals, both short and long term for the future.  I also picked a new hobby of driving the D3 bulldozer around to redesign Dad’s cow paddock and my enduro cross track – the cows have a lot of wind breaks now! When the doc gave me the all clear to start training the diet kicked back in and I cruised down to Shotz Sports Nutrition in Melbourne to see Darryl Griffiths to do his sweat test, and measure how much sodium I lose in my sweat. This was very interesting as he told me so much information about how his product helps replace the main ingredients I lose out of my body during racing. I’ve been into my preseason training now for 5 weeks and it’s bloody hard work – not to mention putting up with Mum’s whinging about all the food I’m eating with all my exercise! KTM Australia gave me a 450 SXF just before Christmas so I could start riding and having some fun on the bike looking at it for a week was hard until my thumb was better, but I’m having a ball on it as it’s got so much power and is mad to hit the jumps on. 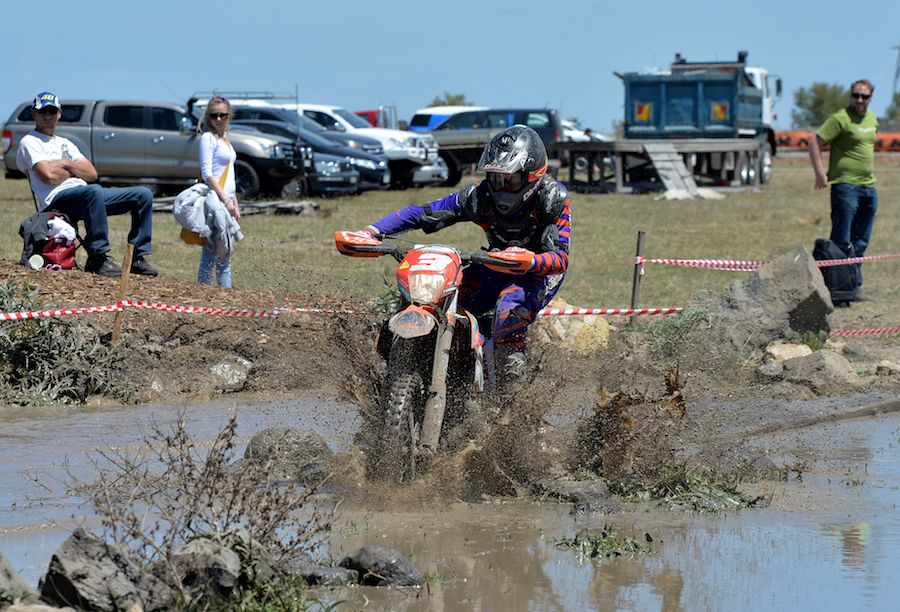 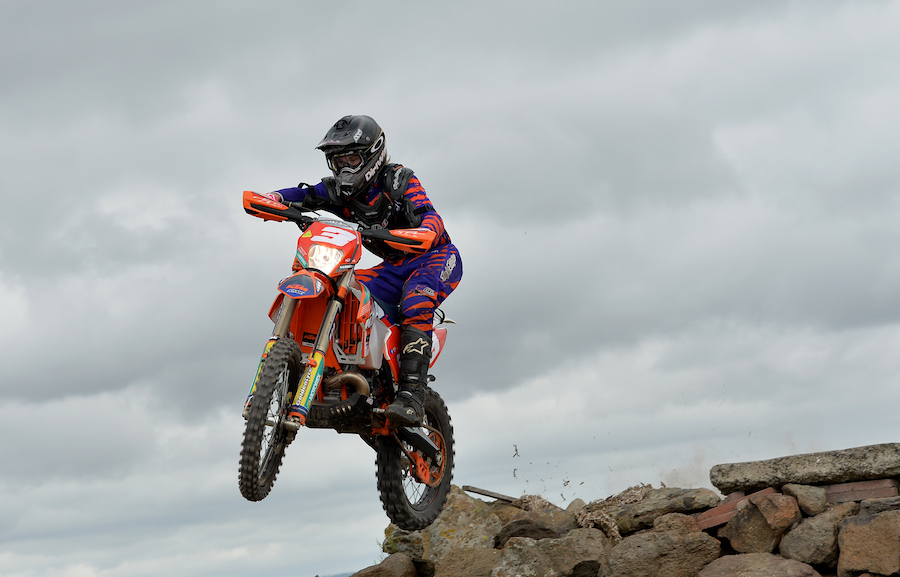